Coming soon to the heart of Toronto is a new condominium development – 200 Queens Quay Condos – by DiamondCorp and Lifetime Developments. This project, which is currently in pre-construction phase, is located at 200 Queens Quay W, with the nearest intersection being Queens Quay West and Lower Spadina. 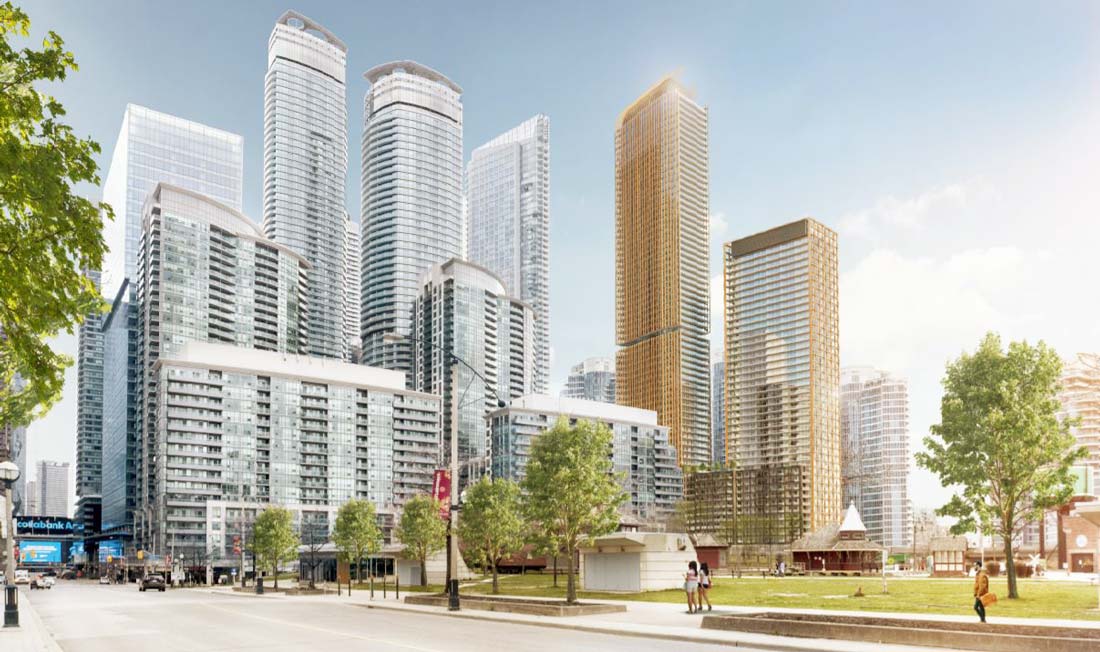 200 Queens Quay Condos will consist of two towers rising to 71 storeys and 41 storeys respectively, and accommodating 1372 units in total. 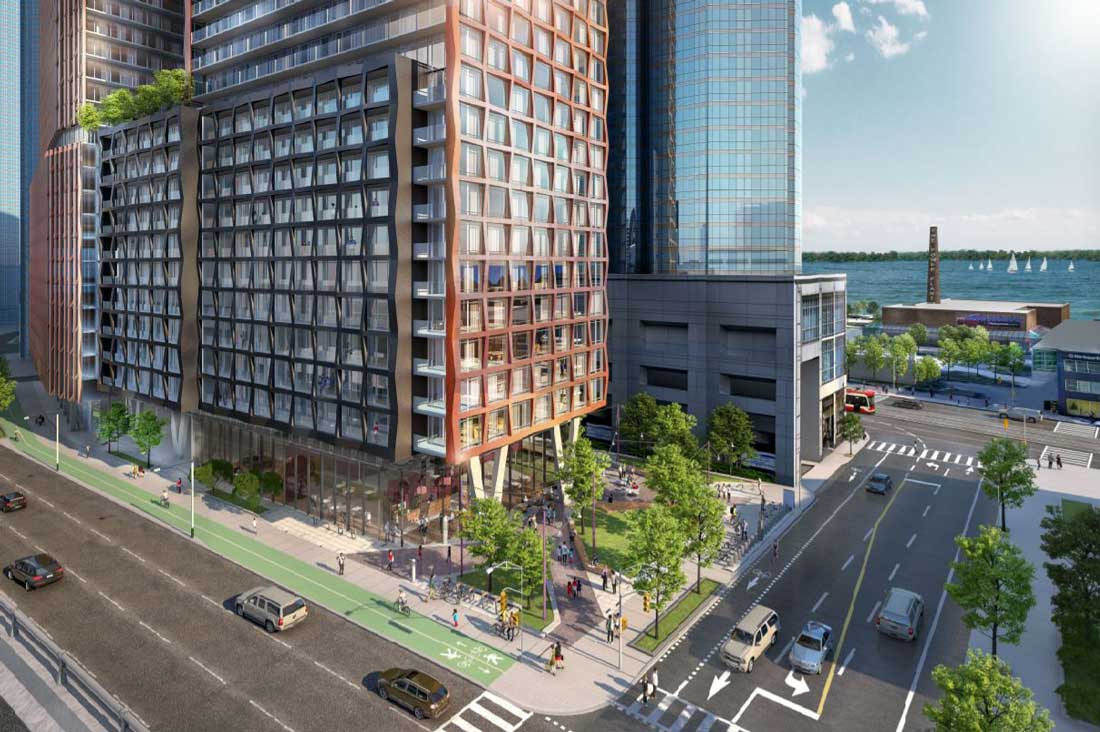 200 Queens Quay Condos is located in a very transit-friendly place with multiple streetcars in close proximity that connecting to Union Station, Via Rail, as well as the Union Pearson Express.

With the Union Station located within 10-minute walking distance, it will be easy for residents to connect to various GO Transit lines that travel throughout the GTA and the Yonge-University Subway line.

200 Queens Quay Condos is located in the South Core neighbourhood, a family-friendly area that perfectly sits between the Entertainment District and the Financial District. The neighbourhood has a Walk Score of 89/100, meaning most errands here can be accomplished on foot.

Apart from being in close proximity to the waterfront, it offers several unique local amenities.

This neighbourhood is starting to flourish with new projects that include new office towers, mixed-use buildings, and new local amenities.

200 Queens Quay Condos will put future residents right in the centre of some of Toronto’s top eateries, bars, nightlife, as well as entertainment spots.

The development is also close to OCAD University, Ryerson University, George Brown College, and the University of Toronto, all of which are only 10 minutes or less away.

Sitting right in the heart of the city, this development promises to be a major and rare investment opportunity which should not be missed.

The company focuses on creating developments that are integrated into the current neighbourhoods while simultaneously achieving its ambitious city building goals.

Lifetime Developments
Lifetime Developments has been in the field for over three decades, during which it has created booming residential neighbourhoods as well as successful commercial properties that constantly define novel benchmarks in the real estate.

The developer has consistently demonstrated the vision of identifying important locations set for growth and inspiring the dynamic urban communities’ evolution, which has made it a leader in Toronto’s real estate plus development field.