ORO Condos is by Solmar Development Corp. Hurontario Street /Central Parkway West are the major intersection.
The 40-storey ORO Condos will be the third tower of Solmar’s Edge Towers’ series. It will feature mixed condo units with units coming in a mix of one-bedroom to three-bedroom suites. Unit sizes will vary from 490 sq. ft. to roughly 1,500 sq. ft. 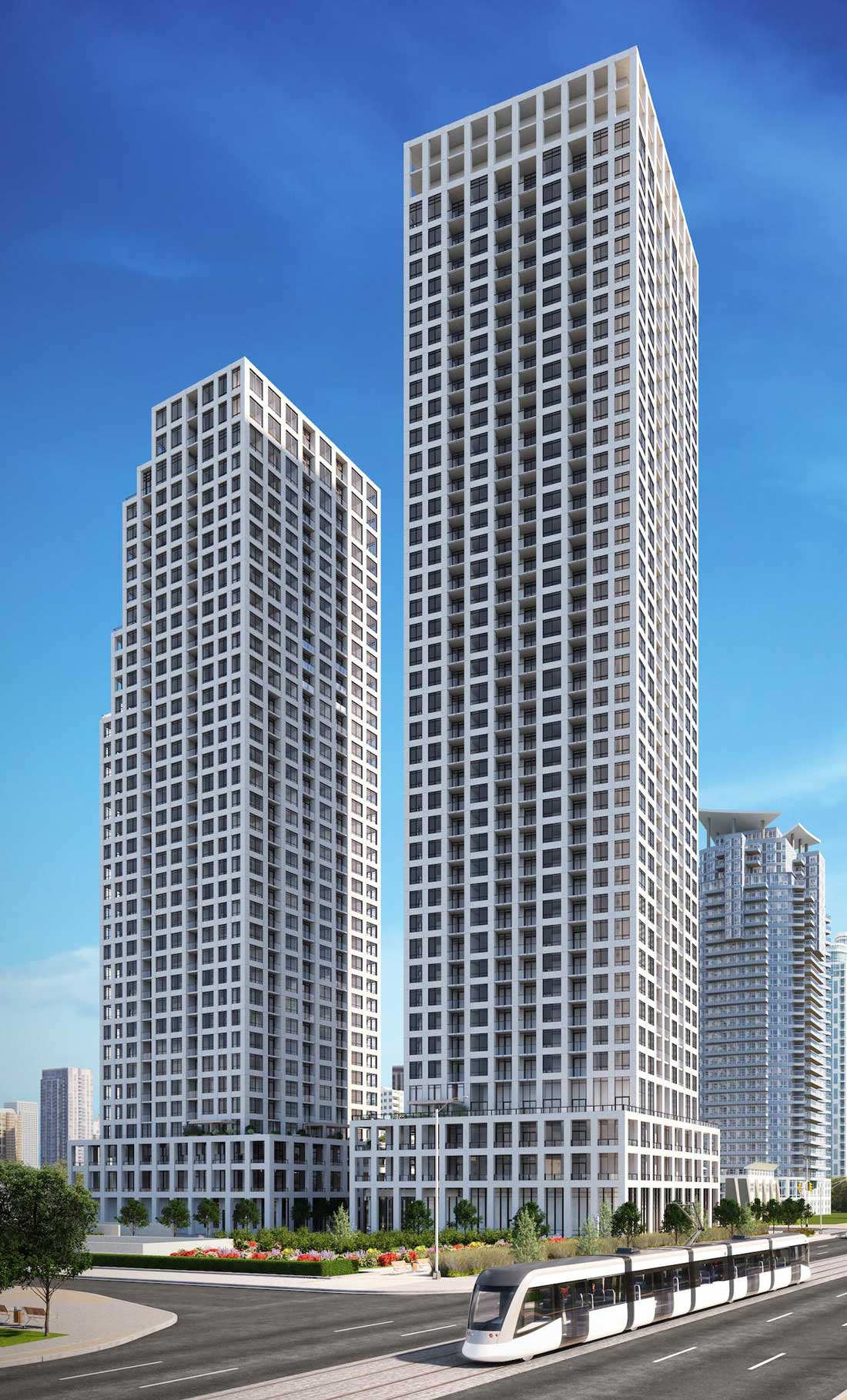 ORO Condos sits just steps from the future Hurontario LRT which is proposed to consist of 22 stops along a 20 km stretch, effortlessly connecting riders to Bramptom and Mississauga.

The development is also steps to numerous MiWay Transit Routes and minutes to Square One Bus Terminal as well as Cooksville GO Station, making travel across the city easy. It is also minutes to Highways 403, 401, 401, the QEW, and Highway 407.

ORO Condos is located in a family-friendly area in the heart of Mississauga, Canada’s sixth largest city. It is conveniently situated just a short a 30-minute drive from downtown Toronto.

The project sits within less than 15-minute walk away from Square One Shopping Centre with 2,200,000 sq. ft. of retail space and housing over 360 stores plus services.

Some of the retailers include Indigo, Walmart, Whole Foods, as well as high-end brands such as Lacoste and Coach. This is one of the smartest addresses to live or invest in at the moment. The area has been experiencing major development boom. Its popularity and population are on the rise, with professionals, young families and mature couples flocking there.

A short walk from the development site will get you to Mississauga’s best of the best including Celebration Square, City Hall, the YMCA, Sky Zone Trampoline Park, Mississauga Library, Living Arts Centre, Cineplex Cinemas and more.

There are several schools in the area for every age. Sheridan College, which has been undergoing considerable expansion to have a total enrollment capacity of about 5,500 students, is located just 4 minutes’ drive away. Also, not far from the project site is Canadian Business College, CDI College and University of Toronto – Mississauga Campus, which is merely 10 minutes away.

Solmar Development Corp is a big name in the real estate development industry. For over 30 years, the company has been building fabulous family houses, condominiums as well as communities, and exceptional commercial properties in prime regions in the entire Greater Toronto Area.