Located at 321-333 King Street West, Empire Maverick Condos will be a 49-storey tower housing 310 units, with ground floor retail and a sky lobby on the 5th floor. Residential suites starting on the 6th floor.

A trendy condo – Empire Maverick Condos – will soon be emerging in the ever evolving Toronto City Skyline. Now in pre-construction stage at Toronto’s 321-333 King Street West, the development is by Empire Communities. 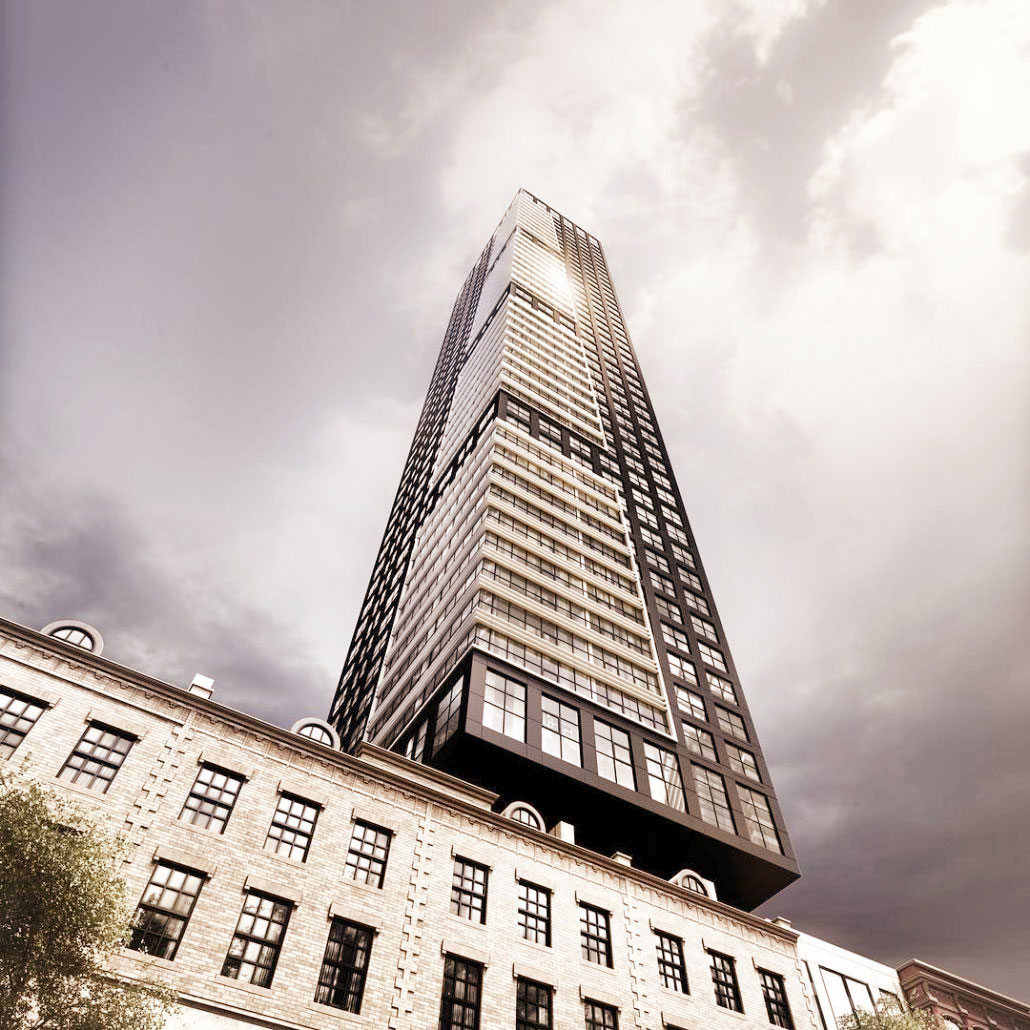 Empire Maverick Condos will be a 49-storey tower housing 310 units. The building will house ground floor retail and a sky lobby on the 5th floor, with residential suites starting on the 6th floor. 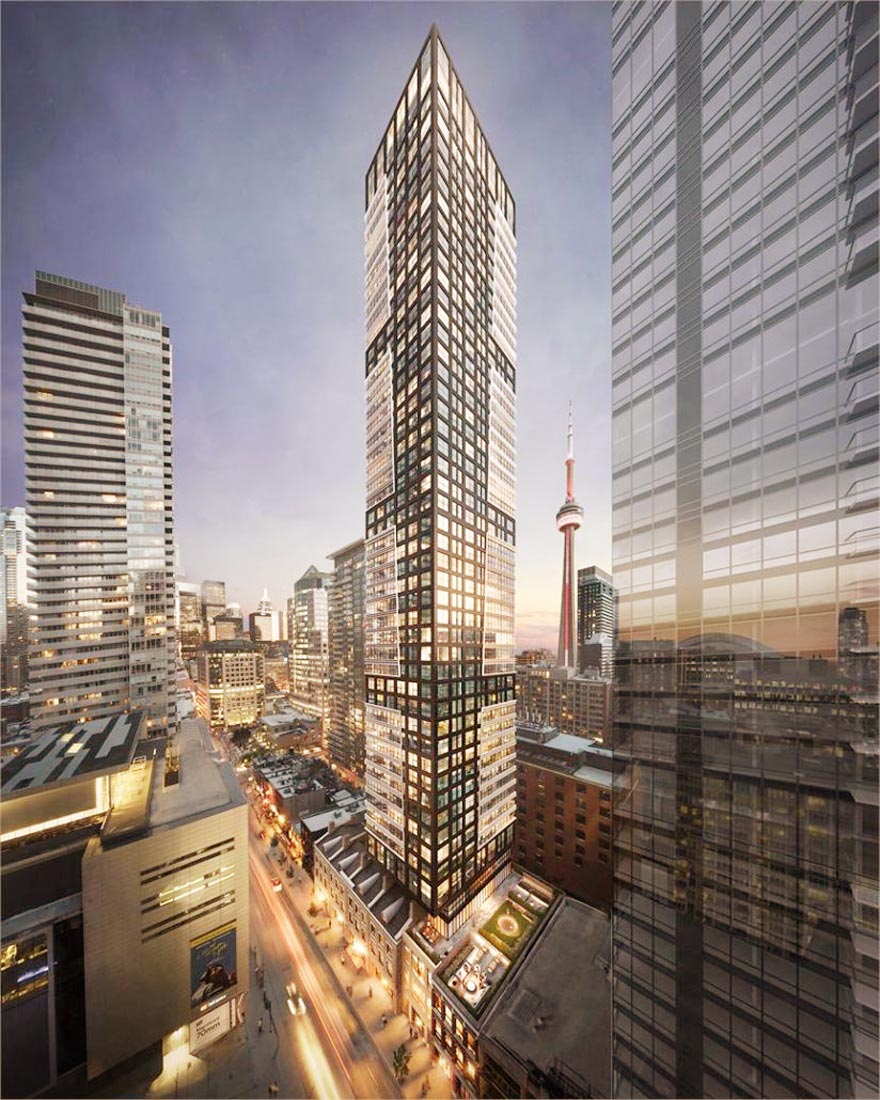 This coveted location boasts of a perfect 100/100 Transit Score which Empire Maverick Condos residents will enjoy by taking advantage of the world-class transportation system that surrounds it. A number of streetcars and numerous buses run along King Street. They include the 304 King and 504 King, 514 Cherry, 310 Spadina, and 510 Spadina, streetcars.

Residents can also commute to the city via Union and St. Andrew subway stations which are also close to the condos. 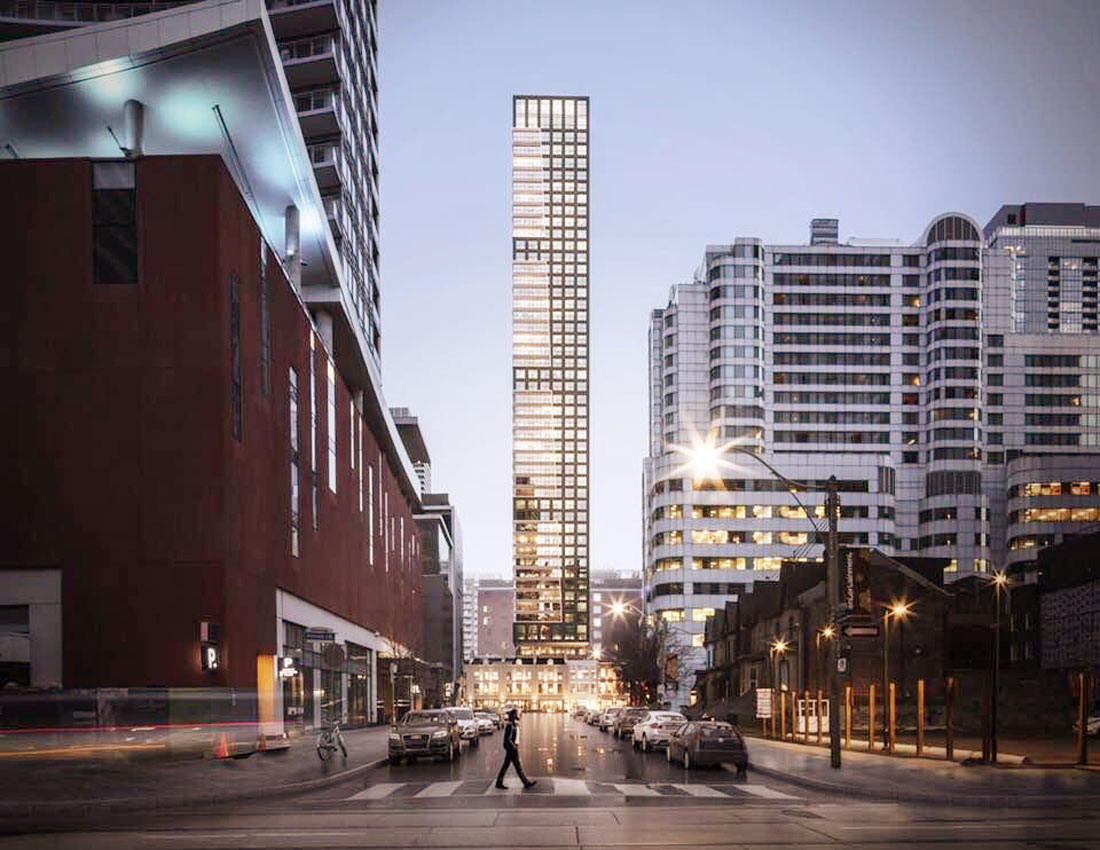 There is a very high demand for condos in the Entertainment District which can be attributed to the region’s lively and exciting downtown location. Nearly everything you need is easily obtainable within a short walking distance, hence the place boasts of 100/100 on its Walk Score, Bike Score and Transit Score respectively.

Located right in the city’s designated downtown growth centre, this development offers an amazing opportunity to be part of a vibrant district with some of Toronto’s hottest eateries and entertainment spots only a short walk away.

Numerous 24-hour streetcar lines serve this area. Among them is the King line which actually underwent an experimental study aimed at increasing community efficiency.

The development site is only steps to St. Andrews Station which links you to line 1 of the subway, from where it is only one stop to Union station, connecting with the subway, VIA Rail as well as the GO train.

This youthful and vibrant downtown area is a short distance by foot from the Financial District where about 200,000 people work, hence it ranks among areas in the city commanding some of the highest rental rates.

Over the past few years, the area has seen a high increase in population and jobs, a trend which is expected to continue. This is what makes it an ideal location for dynamic downtown lifestyle lovers and for those who are looking for lucrative investment properties.

Located at the corner of King Street and Duncan, Forma Condos sits at the nexus of the Financial & Entertainment District. Steps from the nearby cultural institutions such as TIFF, Roy Thomson Hall and the future home of OCAD, residents will enjoy breathtaking views of the lake and the CN Tower