8 Wellesley Condos is a modern, gorgeous new condominium development located at 8 Wellesley Street West in Toronto. This project by CentreCourt Developments is presently in pre-construction phase.

Rising to 55-storeys, 8 Wellesley West Condos will contain 512 mixed condo units that will include 1-bedroom, 2-bedroom, and 3-bedroom layout.

This tower’s podium will consist of retail at street level, with the residential lobby accessible from St. Nicholas Street, which is a quiet street that lies on the western edge of the property.

The complex will also comprise a 5-level underground parking with 80 parking spaces.
VIP Launch is slated for Q4 2020. Further information is still undisclosed. 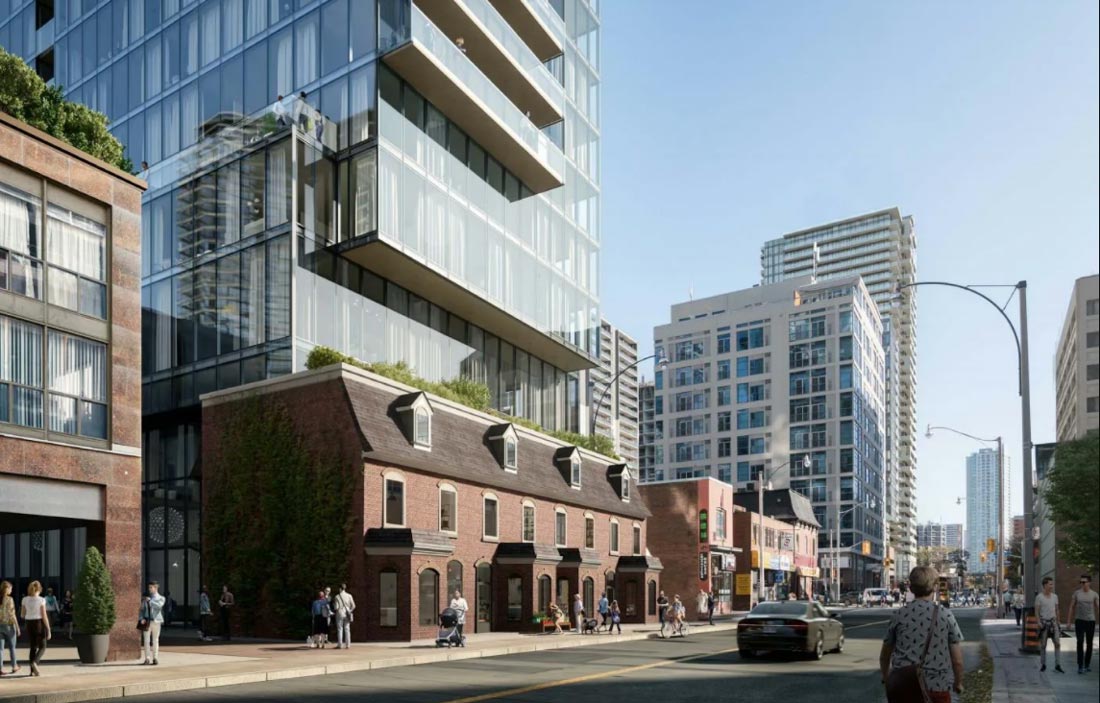 The project is conveniently located at a spot where Wellesley station, which connects commuters with the subway’s Line 1, is just across the street. It is also only a few minutes’ walk to the busy Yonge & Bloor intersection which provides subway access in the four different directions.

8 Wellesley Condos sits in Toronto’s vibrant downtown Church-Yonge Corridor neighbourhood that has numerous urban amenities. The stretch is lined with great shopping, dining, and entertainment options, and modern condos are increasingly being built and proposed on this strip.

There is a high demand for condos in Church and Wellesley area, with units commanding some of the highest rental rates in the city.

This neighbourhood is just a short commute to the Bay Street Corridor as well as the Financial District, both of which are high-density employment districts. It is also close to the Discovery District, which hosts many medical as well as science-related headquarters.

It is therefore no wonder that the area is attracting a wide range of residents including a considerable number of young professionals, young families, and homeowners.

Being close to Ryerson University as well as the University of Toronto, the place is highly appealing for post-secondary students to rent.

This makes 8 Wellesley Condos a fantastic place for homebuyers and investors alike.

The Eaton Centre, Lowblaws, and LCBOs are conveniently located within a few minutes’ walk, so are Toronto General Hospital, the Hospital for Sick Children, and Mount Sinai Hospital. Massey Hall and the Art Gallery of Ontario are some of the nearby attractions.

The Toronto-based CentreCourt Developments is comparatively a new real estate developer on the Toronto condo scene.

Although founded in 2010, the company has made a mark on the city’s skyline, with an impressive portfolio that includes completed projects such as INDX, Karma, as well as Peter Street Condos all of which are located in the heart of downtown Toronto.