543 Richmond Street Condos is a 15-storey tower housing 536 mixed condo units. Located within a walking distance of the Toronto Eaton Centre and Queen West. The area is home to University of Toronto, Ryerson University, George Brown College and OCAD University.

It will also feature wraparound balconies plus large floor-to-ceiling windows.

The building will house a two-level underground parking with adequate parking for 262 vehicle as well as storage space for 659 bicycles. 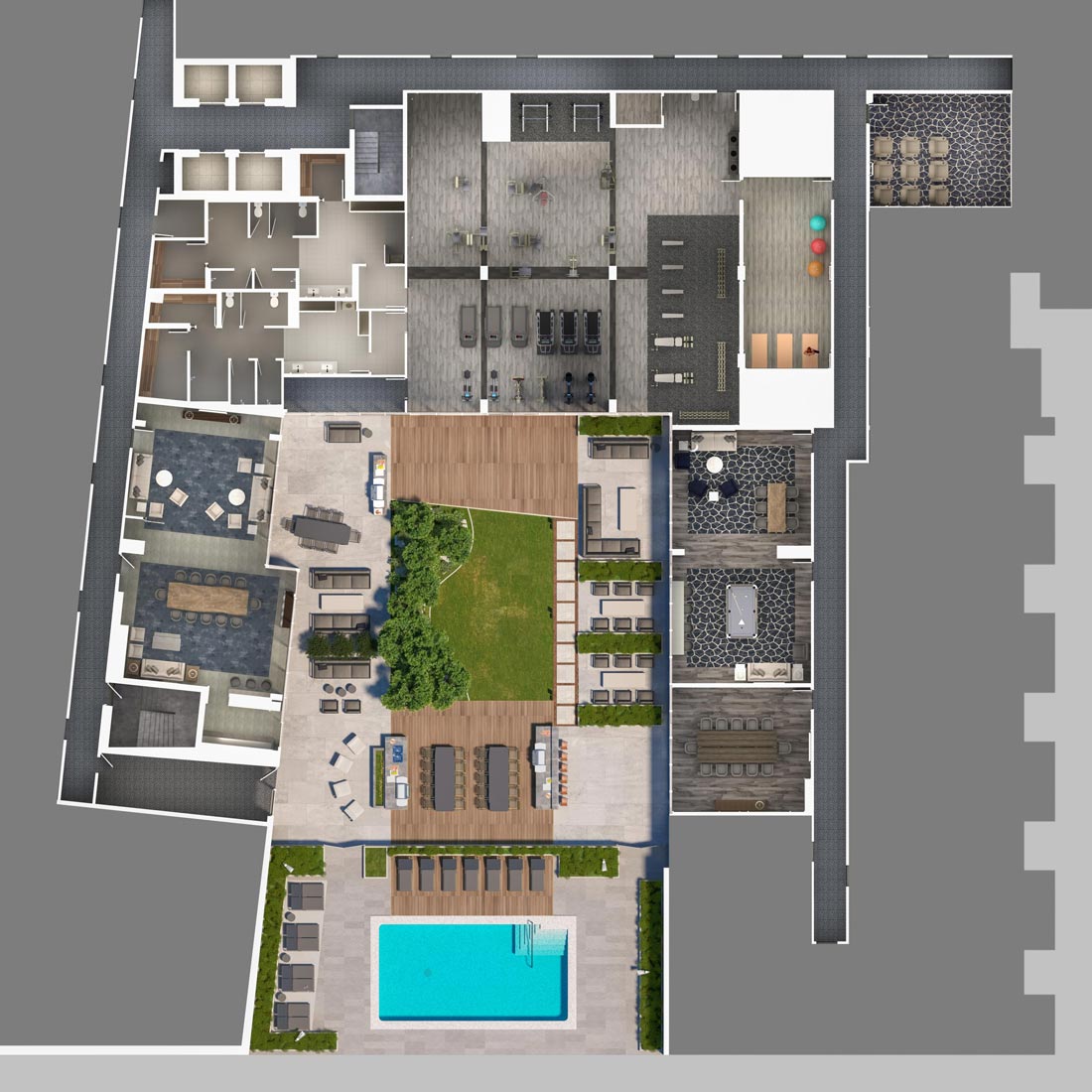 543 Richmond Street Condos location in Toronto’s trendy Fashion District, at the Bathurst/Richmond intersection boasts of a remarkable 100/100 Transit Score. It is a quieter neighbourhood, but in close proximity to all downtown amenities.

The condos is flanked by many transit stops, hence making it easy and most convenient for residents to access any address in the city and the neighbouring areas. It is within 3 minutes’ ride to Downtown Toronto by car or 15 minutes’ commute by bus.

Osgoode Subway Station which links riders to Union Station plus the GO Trains as well as the UP Express to Pearson International Airport is located only 11 minutes away from the complex.

The Gardiner Expressway is located only minutes from the condos, allowing motorists to speedily access the eastern and western areas.

Those heading north can use the major arterial streets that run just moments from the site with Bathurst Street and Spadina Avenue serving well. You can connect directly to Hwy 401 via Bathurst Street.

543 Richmond Street Condos is located in Toronto’s trendy Fashion District, at the Bathurst/Richmond intersection. It is just minutes to the waterfront which features multiple lovely parks as well as spectacular waters.

It is a short walking distance to the popular West Queen West area as well as the Entertainment District. The two regions are always vibrant throughout the day and night.

This neighbourhood has been attracting many young professionals, artistic types, as well as executives who long for the downtown liveliness – thanks to its distinctive architecture and closeness to some of Toronto’s newest restaurants, bars, clubs and art galleries. St. Lawrence Market is also located close by.

This new development is located within a walking distance of the Toronto Eaton Centre and Queen West – meaning you will be flanked by stylish and luxurious brands.

The complex is surrounded by incredible eateries such as Bar Altura, I Love Sushi, and The Epicure Café & Grill. The area is home to University of Toronto, Ryerson University, George Brown College and OCAD University.

This part of downtown Toronto is categorized as a “regeneration area.” It promises to become a popular neighbourhood with much to offer. 543 Richmond Street Condos offer you an opportunity to live at the city’s most fashionable address.